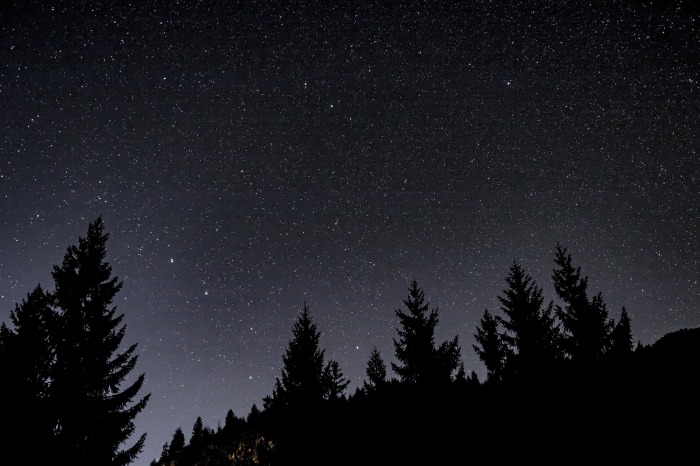 You know, things like having Nut Pudding with my Thanksgiving meal. Putting up the Christmas tree. Buying a new ornament to represent the year. Watching Christmas movies. Playing Christmas music. Viewing a live performance of the Nutcracker. Sending out holiday cards through snail mail (yes, I still do it!!!). Making Nookala Soup (Hutterite Chicken Dumpling Soup) for Christmas Eve. Make Stromboli and Nut Pudding for Christmas Day.

And it is no secret that as humans, we like tradition. And if the truth be told, the older I become, the fonder I am of tradition. In a fast paced and changing world, tradition, ritual, and routine bring a sense of order, stability, and predictability. And this is coming from a pentecostal! I mean, pentecostals traditionally embrace the unexpected. Seek the unexpected divine encounter. Tend to avoid liturgy, even chafe against it. Yes. That is all true. But, call it an oxymoron . . . I still like my routine . . . tradition . . . ritual. And during the holiday season, I take extra care to not only keep holiday traditions, but to also maintain my routine. Let’s face it: the holiday season has some extra events . . . interruptions, so to speak. So, to keep my balance, I strive to maintain as much of my routine as possible (of course, publishing this blog one week before I normally publish is a minor exception to this pattern).

Yet . . . Despite these attempts to maintain a semblance of order and routine, I am finding myself feeling out of sorts during this holiday season . . . and maybe . . . even more than normal. As the season has continued, I have noticed that my “feeling out of sorts” has been intensifying. This has been disturbing to me, to say the least. But, I have attempted to push on. “Stick to the routine, Pam,” I told myself. In spite of these valiant efforts, I have found myself increasingly desiring to hibernate . . . withdraw  . . . hide . . . signs of a loss of a secure base.

Of all the holiday traditions I listed above, there is one tradition that is forever gone from the list . . . one tradition that had provided a secure base, stability, through 15 moves in 31 years of marriage . . . and that is, going to the family farm for Christmas. During those years we moved, we would gather with the family at the farm for Christmas, gaining a sense of equilibrium from all the changes of a move—that is, until move number 16. The logistics for this last move occupied us through last year’s holiday season. As such, it provided distraction from the loss of Dad and the family farm, losses that transpired in 2017. The move’s logistics generated energy. They brought anticipation for the future. Now . . . months later . . . I am finally settling into a new routine, but it is slow going . . . You see, it takes an average of three years to make the full adjustment to the transition of a move, and . . . well . . . we have not even been here a year. Suffice to say, my previous secure base is no longer available.

And that is what loss does . . . it generates insecurity.

Coping with insecurity is difficult no matter what age we are, but rituals can assist us, particularly during times of loss and grief. Rituals produce stability amidst chaos (even if it is a move). They give us something to do when we do not know what to do. Think for a moment about the ritual of a funeral. Grief counselor Alan Wolfelt argues against the current trend in the USA to forego funerals or memorials after a death. Without this ritual, the bereaved are not provided a space where their grief (an internal process) can become external. Funerals, then, validate and normalize loss and grief. Funerals provide the initial support that one needs during a loss—even if we are only bodily present at the funeral and say nothing to the bereaved, we are providing presence in an absence for the bereaved. Funerals also generate a sense of presence of the one who has died through the stories that are shared. Wolfelt notes that without a funeral, the bereaved often seek counseling a few years after the death as they struggle in the grief journey.

Rituals, then, provide stability during our dark times of loss, thereby fostering security.

A wonderful illustration of this is found in reading the newspaper comic strip, Sally Forth, which has been recently centering on her husband Ted’s loss of his father, a death that occurred in the fall of 2017. Ted has returned to his childhood home for the holidays, and as a result, he is attempting to bring order into a family system that has been disrupted by death. A death in a family disrupts its predictable patterns. It does not matter if the family system was dysfunctional, the patterns that were established have generated a sense of stability, and in so doing, security (Bowen’s theory of family systems calls this homeostasis, which is a sense of balance). If brother Joe interjected humor at seemingly inappropriate times, it was still a predictable pattern. If Dad ruled with an iron fist, it was predictable. So these patterns, no matter if we may even deem them as being unhealthy, are familiar, and as such, they generate a sense of steadiness. Thus, Ted seeks to bring back some of that stability, that sense of normalcy, when he digs out some old Christmas ornaments in the attic and puts them on the tree. In one sense, Ted is reaching into the past, a previous holiday tradition that existed prior to Dad’s death, in order to bring familiarity, and thereby a sense of security, into the present.

Traditions, then, provide stability during chaos, during the long, dark night, of our losses, nurturing for us a sense of a secure base.

As I consider these losses, I am reminded that today is the shortest day of the year, which means it is the longest night of the year. In the West, some churches traditionally (there is that word again) honor this night with a service, which is called Blue Christmas. Blue Christmas honors those who have lost someone during the previous year.

I find the metaphor of the longest night so fitting. The journey of grief is like walking through darkness, being disoriented as we stumble on our way. As I think about Christmas and this longest night, it occurs to me how fitting it would be if the celebration of the birth of a Savior occurred on the longest night of the year. I mean, isn’t that what Christmas celebrates? God entering our darkness? God entering our night in the person of Jesus Christ? God being present to us in our nothingness? As the words to the Christmas carol say, “Long lay the world in sin and error pining, Till he appear’d and the soul felt its worth.” And so, I wonder, if maybe the longest night would be better suited to be the most Holy Night?

For me, tonight is an important reminder of God being present, being with us, in our long, dark night.

A special thanks to pixaby.com for the above image.