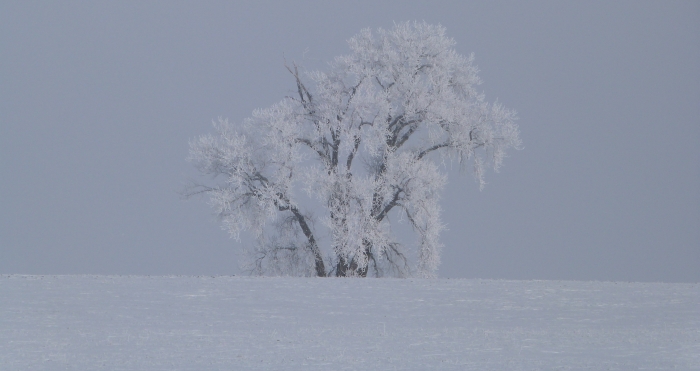 St. John of the Cross called it “the dark night of the soul.”

Mother Teresa experienced it even in the midst of her acts of ministry and faith.

Songwriter/singer Andrew Peterson writes of it:

It’s enough to drive a man crazy; it’ll break a man’s faith
It’s enough to make him wonder if he’s ever been sane
When he’s bleating for comfort from Thy staff and Thy rod
And the heaven’s only answer is the silence of God[1]

C.S. Lewis commented about it during his journey of grief:

Meanwhile, where is God? . . . When you are happy, so happy that you have no sense of needing Him, so happy that you are tempted to feel His claims upon you as an interruption, if you remember yourself and turn to Him with gratitude and praise, you will be—or so it feels—welcomed with open arms. But go to Him when your need is desperate, when all other help is vain, and what do you find? A door slammed in your face, and a sound of bolting and double bolting on the inside. After that, silence.[2]

King Hezekiah experienced God moving away from him (2 Chronicles 32:31). Israel experienced God’s silence for four hundred years when they were slaves in Egypt (Gen 15:13; Acts 7:6). Let us not forget the years of silence between the testaments.

The psalmist cries out about it:

How long, LORD, will you continue to ignore me? How long will you pay no attention to me? (Ps 13:1)

Jesus indicated it as he hung on a cross as he identified with humanity by using the words of the psalmist (22:1):

Even Hollywood recognized such an experience in the final episode of the first season of the television show Joan of Arcadia. Joan Girardi is a teenager who sees God in various human forms, such as a grandma, a punk rocker, a child, etc. When Joan is admitted to the hospital with lyme disease, she enters a “dark night of the soul”:

God: You’re having a crisis of faith. A dark night of the soul? . . . How could we have ever been here, Joan? Maybe that’s the question.

Joan: Are you saying I imagined you?

Joan: I, I, Is that’s what’s happening to me? Am I sick? Is that it? (Silence.) Tell me. Why aren’t you saying anything anymore? (Silence.) What’s the big idea? Walking around minding my own business. You introduced yourself, sorta dropping in like a bad boyfriend. I do everything that you ask. I, I embarrass myself and humiliate myself in really creative ways. I don’t have sex, which I easily could have. I do all of this to make you happy even though before we met I, I didn’t even believe in you and what’s my reward? Barfing. Fever. And now? Silence. Give me something if you don’t mind . . . You can’t just abandon people![3]

And yet, despite all these human experiences with God’s voice of silence, we try to control it.

Some Christ-followers rebuke it, labeling it as from the devil. Some insist it is the person’s fault for having it, such as her failure to trust God or his lack of confession of sin or her neglect in reading the Word or praying or for his having moved away from God (to quote a saying I have heard more than once: If God seems far away, who moved?). Some insist that God is like a radio station: one must tune into God. A conclusion of such a statement? If I am not hearing God’s voice, it’s my fault that I am not tuning into it. And some simply refuse to talk about it.

When I heard about the dark night of the soul for the first time, I was in my 30s, pursuing a master’s degree in a seminary that was not affiliated with my tradition. I remember it was an ah-ha moment that corresponded with a sense of relief sweeping over me.  Self-blame had surfaced due to the silence. After all, my tradition stresses experiencing God and to expect divine encounters. I can sing with Sara Groves, “I have lived a life of faith; I have felt and heard the Spirit.”[4] But I experienced silence about God’s voice of silence. It causes me to wonder if our silence about God’s voice of silence is due in part to our equating victory with being invulnerable. Yet, Jesus’s victory came through vulnerability; thus, Jesus demonstrates to us how to respond to God’s silence: Cry out to God, which is embracing our vulnerability—our emotional exposure, our uncertainty, and the risk.

What if Jesus’s cry from the cross invites us to think about God’s silence differently? What if the silence of God is an encounter with God?

Is not the absence of the parent an encounter with the parent? If you are a parent, you may recall a time in little Susie’s or Johnnie’s development when your child was convinced you did not exist when he/she could not see you. If you left the room, the child cried, but when you returned, the child was comforted. As the child grew, you may remember seeing changes. If you were in the kitchen, your child would play in the living room; however, you may have noticed your child repeatedly entering the kitchen to make sure you were still present. This is part of natural childhood development, the development of both “object permanence” and “object constancy.”

As explained by Gillian Fournier, “object permanence” is formed at approximately eight or nine months of age when the child becomes aware that something continues to exist although it is removed from sight.[5] “That ball does exist even when I can’t see it!” Laura Melano Flanagan writes that this is different from the term “object constancy,” which begins at approximately thirty-six months; this is when Susie begins formulating an awareness that although Mommy or Daddy may be absent, angry, or not meeting Susie’s perceived needs, she continues to view Mommy or Daddy as good and sees herself as strong enough to survive the experience.[6] The difference between the two concepts, as Michael Washburn notes, is that object permanence is a cognitive understanding while object constancy includes both “cognitive and affective” awareness.[7]

Washburn notes there is some overlap between the two concepts since Johnny needs a little bit of object permanence for him to develop object constancy. Nevertheless, there are differences, which are demonstrated in the process of development. As Washburn explains, when Susie begins to become aware that Daddy continues to exist although Daddy cannot be seen (object permanence), there is a corresponding awareness that develops, which is “object absence.” During this development, Susie fears, “I will lose Daddy!” Hence, Susie forms an attachment to a different object for security and comfort (“transitional objects”), such as a blanket. It is at this point that the parent may notice Susie withdrawing from exploration and becoming increasingly clingy until such a time when Susie begins to comprehend that Daddy is always nearby. The child, Washburn continues, eventually realizes that Mommy or Daddy is not necessarily connected to certain “locations” or places (16-18 mos.). In other words, Daddy may not always be in the kitchen but may have gone to the bedroom! This will turn the child’s world upside down because “Daddy could be ‘anywhere!’”[8] This understanding, Washburn comments, is “much more terrifying than was the initial awakening to object permanence and object absence . . . [f]or this awakening ushers in an awareness that the primary caregiver, when exiting from view, might be exiting altogether from the child’s known universe.”[9] The child experiences “abandonment anxiety” while also having a two-fold awareness of independence–dependence: “I am independent from Mommy and Daddy, but I still really need them!” As a result, Johnnie “becomes insecure and begins to cling to” Mommy or Daddy.[10] When object constancy begins to form, Johnnie understands, “Mommy and Daddy are still good even though they are absent, disappoint me, or become frustrated with me.” In essence, object constancy means that Susie is carrying with her a cognitive and affective presence of Mommy or Daddy within her being regardless of the parent’s whereabouts. Philip L. Culbertson confirms that the child establishes a “‘permanent mother within,’ who thus feels present even when she is absent” (italics author).[11] Culbertson also notes object constancy is a challenge that is repeatedly faced throughout our lives,[12] such as during a divorce, a betrayal, or a death (as discussed in my last blog).

With the aforementioned process of human development in mind, I suggest that without the intermittent presence and absence of the caregiver, which are both a part of the caregiver-child relationship, theoretically a child would be unable to develop object constancy.

Hypothetically, if Mommy or Daddy is constantly with Johnnie, never leaving Johnnie’s vision and meeting his  every need, Johnnie would be unable to form a cognitive and affective awareness that Mommy or Daddy exists and cares for him even if Mommy or Daddy disappoints or is not present with him. Without the adult’s absence, Susie will not develop and be transformed. With this understanding, one realizes the importance of the adult-child game of “peek-a-boo” in which the seeing and the not seeing of the caregiver are both part of the interaction, or we might say, “encounter.” In this sense, the encounter becomes transformative, assisting in the child’s own human development. There are two aspects, then, in the development of object constancy: presence and absence, or another way to say it is, in the relationship there are transformative encounters with the adult that include both the caregiver’s presence as well as absence.

For me, this would seem significant for Pentecostals in order to validate the silence of God as a divine encounter.

Theologically for Pentecostals, a genuine encounter with God occurs if that encounter generates transformation. In the same way that presence-absence is a part of the caregiver-child relationship, the same presence-absence dynamic exists in the divine-human relationship, as illustrated both in the Scriptures and in human experience. Similarly, as the child’s encounter with the caregiver’s apparent absence assists in the child’s growth, so also a human’s encounter with the divine’s apparent absence produces transformation. If, as Pentecostals believe, a valid experience is one that occurs in relationship with God and transforms the Christ-follower, then God’s silence, or God’s apparent absence, is a qualifying experience with God. When God does not meet Pentecostals’ expectations by answering their prayers as they expect, this is an encounter with God that has the prospect to transform their lives. Such an encounter has the potential not only to change Christ-followers but also to possibly expand their perception of God. Henri Nouwen agrees, “The mystery of God’s presence . . . can be touched only by a deep awareness of God’s absence. It is in our longing for the absent God that we discover the footprints of the Divine One.”[13] Hence, as a child grows through the encounter of the caregiver’s absence and the caregiver becomes present in a “felt” manner within the child (object constancy), Pentecostals grow in their understanding of God through an encounter of God’s absence by a deepening awareness of God’s faithful presence in God’s absence. In other words, Pentecostals learn to carry God’s presence within them amidst God’s absence, or during God’s voice of silence.

And so, if God does not speak “in the secret in the quiet place” as commonly sung in our contemporary churches, it may be that we are experiencing God’s voice of silence, a transformative, divine encounter, a valid encounter with God.