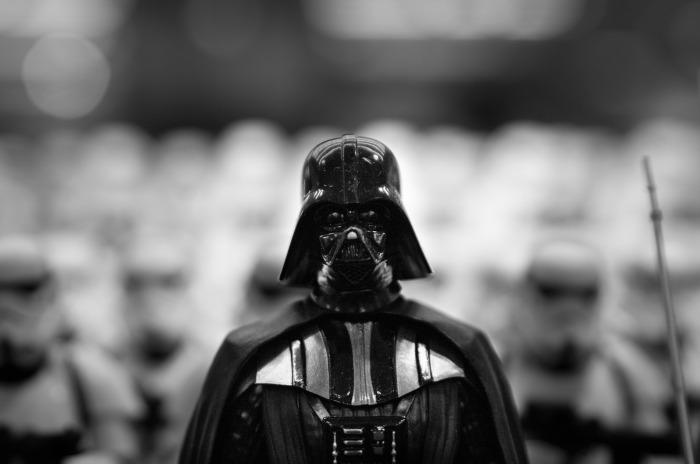 I was first “introduced” Sarah when she stood in the middle of the barn while the rest of her kind fled in fear. Dad suggested that this ewe had probably been a bottle-lamb, which made her more accustomed to humans. From that point forward, I looked for Sarah among the few hundred sheep my father owned. Many times, she was not hard to find since her tell-tale sign was her refusal to fearfully hustle away with the rest of the flock. As she stood stoically, separated from the rest, I would approach her, hug her, and maybe even climb on her back as one would a small pony. As I learned to distinguish her white, woolly face from the other ewes, my eyes would scan the barn, searching for her now familiar face.

For those of you unfamiliar with the characteristics of sheep, they are skittish creatures. Except in the case of encountering their own kind (or cats, which seem to engender curiosity or aggression), fear seems to be their modus operandi. If one flees, they all flee, and sometimes it seems that only a few of them know why they are fleeing. But Sarah was different. She had intimately experienced humans and was personally familiar with their kindness and care. While at times she did join the others in their hasty retreat, it was her experience that caused her fear to diminish, permitting a small child to experience this ewe in a way the other ewes did not. Perhaps it was my childhood experience of Sarah that formed a softness in my heart towards sheep that has continued into adulthood.

In reflecting on this story from my childhood, I am struck by the similarities between sheep and humans. Like sheep, humans are fearful creatures, fearing the unknown. Like sheep, we will join the bandwagon of fear without fully understanding from what we are fleeing . . . or fighting. But like Sarah, it is often through familiarity that fear’s stranglehold is subdued . . . although fear will do all it can to ensure this does not happen.

Our bodies are wired for it. If a large dog is menacingly approaching us, our sense of sight detects the dog and sends a message to the thalamus, the brain’s relay center. The thalamus informs the amygdala, which is the flashing light in our brain with a blaring siren that communicates in bold red letters: Danger! Danger! In that moment the body is prepared to flee or fight as blood pressure, heart rate, and breathing increase. Thus, we are wired to protect ourselves from the threat of death via fear.

Despite such wiring, humans endeavor to conceal fear.

Fear stands as a reminder that we are finite and vulnerable, not omnipotent. If fear is an indication of our vulnerability, is it any wonder that we would seek to hide it? As Brené Brown notes, vulnerability is not to be equated with weakness; however, I believe that does not stop us from often interpreting it as such. Hence, it is understandable if we seek to mask our vulnerability with an emotion like anger. Anger may come across as invincible or impregnable, communicating strength and power and making it more culturally acceptable to be expressed over the emotion of fear. Psychologists inform us that anger frequently is the secondary emotion, the go-to emotion. After all, it does not appear as vulnerable but indomitable. It is not a surprise, then, that Yoda said to young Anakin in The Phantom Menace:

Fear is the path to the dark side. Fear leads to anger. Anger leads to hate. Hate leads to suffering.

Personally, recognition that anger is often a secondary emotion challenges me to reflect on my own perceptions. When experiencing anger, what are my true, underlying feelings? What are others’ unexpressed feelings? Could it be that rather than a hyper-angry society, we live in a hyper-fearful society?

I wonder what would transpire if we began to question our interpretations by speculating if fear lies underneath the other’s anger. Rather than invigorating our defenses, maybe such speculation would help us dismantle our enemy images and move us toward recognizing the other’s humanity. Maybe it would assist us to see the other as a sheep like ourselves, fearful amidst vulnerability.

The Gospel of Mark seems to grasp and embrace the fearfulness of humanity.

Some scholars perceive that the Second Evangelist is being written to those who are experiencing suffering/persecution so that they are in danger of abandoning their faith in Christ. Thus, Mark juxtaposes the cost of discipleship alongside powerful miracles. This communicates: “Yes, Jesus is the Son of God who intervenes,” and “Yes, following him involves suffering.” In other words, Mark takes a both-and approach, placing divine interventions alongside suffering. By also mentioning the fear of those who encounter Jesus, Mark fosters an avenue of identification with his audience, who no doubt is experiencing fear.

For instance, the disciples in 4:35-41 are in a boat that contains the sleeping Jesus when a storm arises. It is implied that the disciples are fearful as they awaken him because they fear dying (v. 38). Their fear hints at their lack of comprehension of who Jesus is: If they knew Jesus’ identity, they would realize that the Son of God would not perish in a storm. After he calms the water, they remain fearful (v. 41) because they wonder about the identity of this one who has this kind of power over the sea.

In 5:1-20, Jesus encounters a man possessed by thousands of demons so that “no one was strong enough to subdue him” (v. 4). After the man is liberated, the townspeople arrive to check out the report, and upon seeing the man sitting at Jesus’ feet in his right mind, they are afraid, causing them to ask Jesus to leave (vv. 15, 17). They knew the strength of the demonized man . . . he was familiar . . . but this Jesus who subdued these demons was an unknown.

Or consider the woman who has struggled with an issue of blood for twelve years and who secretly reaches out in faith to touch Jesus’ garment to be healed (vv. 25-34). When Jesus asks, “Who touched me,” Mark says that “with fear and trembling” she confesses she is the one. The fear is understandable because by Jewish Law her reaching out and touching him without permission has made him ritually unclean. This account is inserted in the middle of another story of parents who have a sick twelve-year old daughter. When news reaches the parents and Jesus that that the daughter has died, it is implied that the parents are fearful when Jesus tells them not to be afraid (v. 36).

These are not the only references to humanity’s fear. Mark also speaks of it at the end of his Gospel. Scholars inform us that 16:8 is the actual final verse of Mark’s writing. Speaking of the women who went to the empty tomb, it says: “And they said nothing to anyone, because they were afraid.” How fitting that Mark ends his Gospel in this manner! Here is another point of identification for the audience who lives in such fear that they are at risk of abandoning their faith. Yet, amidst the fear, Mark adds a dash a hope.[2]

But go, tell his disciples, even Peter, that he is going ahead of you into Galilee. You will see him there, just as he told you.

Verse 7 is referring to 14:27-28 where Jesus quotes from Zechariah, “I will strike the shepherd and the sheep will be scattered.” In other words, the disciples will fall away; however, Jesus says, “After I am resurrected, I will go before you and meet you in Galilee.” For Mark’s audience, these words shed a bit of hope of reconciliation. Fear may cause his followers to flee, but Jesus has compassion on his followers and seeks them out to heal (restore) them. This is the action of a shepherd, the one who goes before us, the one who seeks to guide us.

This is not the first time Mark implies Jesus is like a shepherd. In 6:34, Jesus has compassion on the people because they were like sheep without a shepherd. His compassion leads him to teach them, conveying the offering of guidance to those who are harassed and vulnerable, like sheep.

In some ways, God’s coming to us as the divine-human one illustrates God’s understanding of our fearfulness. When God spoke in Exodus 20, the Israelites were afraid and told Moses to speak to them, not God, lest they die. Like the ewes in my father’s barn, we tend to flee when faced with unfamiliarity. However, when God dwells among us as the human-divine one, a shepherd, we tend to cease fleeing, like Sarah. Instead, like many of those in Mark, we are drawn towards this shepherd, whose presence subdues fear.

Amidst our fears today, may we be drawn to the shepherd, the Compassionate One.

Thanks to Voltordu from Pixabay for the above image.